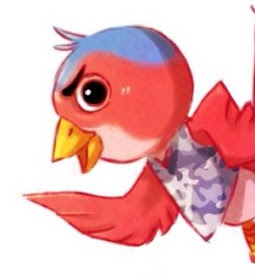 In certain eastern cultures a pig is considered the most shameless animal on the face of the earth as it is said that a pig is the only animal that allow its friends/comrades to have sex with its mate or as we say getting “horned” from within.

In our Dominican culture it is very demeaning to liken any human being to a pig or to even refer to people as pigs feeding at a trough let alone cockroaches. Not even Dominica’s most Shameless and divisive human character should endure such demeaning characterization although that character allowed his comrade(s) to devoured his mate.


Many psychologist also warn that shameless people are usually consumed by an internal self resentment, and their callous and outrageous public persona is typically their way of dealing with extreme internal shame.


It is also well documented that a person dealing with severe internal shame is more likely to become polarizing and outrageous. The pathological lying, denigrating and condescension according to the professionals is all part of the act.


We are by no means trained in diagnosing psychological disorder but based on what the trained professionals are saying and credible information we are beginning to piece together the possible reasons why for so many years Dominica’s most Shameless and divisive human character have been nothing but divisive, condescending and insulting to the people of Dominica, particularly those who resist the little twirp's nasty politics and overtures of superiority.


Dominica’s most “ Shameless” human character is now fully aware that we know about a teenager  who many years ago had allegedly been impregnated and was then flown to another island of convenience to have an abortion procedure done.


Has Mr. Shameless been suffering from guilt and deep shame, knowing that his comrade(s) may have devoured his mate as an act of personal revenge for the then teenage girl?

We also know of another shameful incident  for which the little "avyol" should have been locked up but we are not permitted to talk about the matter for now.


Personal revenge be it subliminal or deliberate on behalf of a love one is not judicial justice. The character responsible for impregnating a teenager should have been imprisoned but alas while the criminal paragons of influential virtues never get prosecuted the very same privileged criminals are busy trying to imprison innocent people who express different political views or simply does not put up with Mr. Shameless' Napoleonic complex.
Anderson Phillip at April 22, 2020
Share