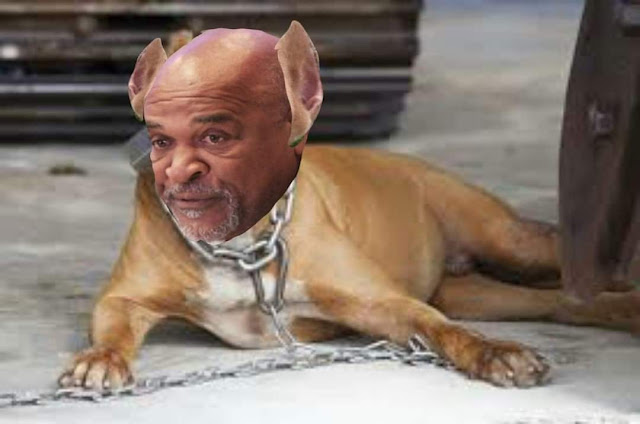 In a public statement by Reginald "Luna Tik" Austrie it was revealed that recipients of the government apartments will now have to make financial contributions towards the continuance of the housing program. The problem is ,those who received the apartment for example Simeone Albert in the east and La Terre & Bounty at Cotton Hill  in the north were under the impression that the apartments would be theirs to keep and absolutely free of charge. The devious DLP politicians never told the apartment  recipients that they would be required to pay fees for maintenance and insurance of the apartments. In all fairness why would the apartment holders who are prevalently laborites  think that they would have to pay anything when  they have been groomed into believing that their entire livelihood must come right though the hands of the chosen one , Roosevelt  Skerrit.

Now that the apartments are no longer free what happens  to Simeone Albert ,La Terre  , Bunty or even some of the ministers’ concubines living in the apartments -will they be evicted?  With an economy totally dependent on the remnants of the plundered passport revenues the government will have no choice but to keep absorbing the maintenance and insurance cost. The petulant “Luna Tik” can huff and puff all he wants - the problem stems from  the poverty and mendicancy that the Dominica Labor Party themselves have created.

Now that the CBI revenues are no longer available for largesse and the Covid 19 crisis has further decimated an economy that was already in a serious difficulty, it is unreasonable and even cruel that the government is asking people who have been unemployed for many years, to pay a monthly maintenance fee and insurance for the apartments. Government assisted housing program is universally recognized as essential and should be reassured by any administration as long as the program is properly and diligently executed. As it stands the government housing program should not have been used to grandstand or to portray the opposition as being opposed to government supported housing programs.

There was every reason to question the motives and the sustainability of the FREE housing program when the government knew that the program was unsustainable. Over  the last two years there were clear signs that the treasury had been struggling to keep pace with the government's irresponsible spending and  there is no doubt that the COVID 19 crisis just simply fast forwarded what seemed destined for the housing program operating without a reliable revolving fund.

Following Austrie’s public statement confirming the government’s intension to apply monthly fees for the apartments, people began to ask the obvious question for which Austrie  became belligerent and a total lunatic.

If the apartment holders did not have the financial capability to pay monthly fees 5 or 6 months ago how can the government expect them to do so now that the economy is much more debilitated and unemployment is bursting at the seams?

How can the people not question the government’s motives when tax payers are being asked to pay Skerrit’s sham rent and maintenance cost of  $64000 per month for his Morne Daniel mansion?

How unconscionable is Skerrit and his administration when  the very same Simeone Albert, La terre or Bunty’s have to pay 15 percent Value Added Taxes (VAT) and a percentage of that VAT goes towards Skerrit’s sham rent in Morne Daniel?

Although the petulant Lun Tik said that someone alerted him of the discussion on Q95 it was quite obvious that he was listening to the program and was very upset by what was being said about their  disingenuous and  abusive policies. The talk show host at the time, Loftus Durand, gracefully allowed the petulant “Luna Tik” to explain why he was so offended by the people’s response to his statement. He began his response by berating the host and hurling insults at the listening audience. When he was done having his “Terrible Two” tantrum, true to form he “mepuizais” the apartment holders for not taking care of the apartments and the surroundings. He took the Q95 opportunity to let them know that they should be responsible for the insurance and maintenance of the properties.

The problem though is that Simeone Albert much like his fellow radio host Daryl Titre is consistently broke and unable to pay his bills. Under the previous administrations Simeone Albert who is a very capable tradesman was earning a descent leaving and was able to build his own dwelling house. At the Cotton Hill apartments, we understand that La Terre, Bounty and many others do not have sustainable employment and they too will most likely be unable to commit to the monthly fees or even to do repairs when needed. So will the government have La Terre, Bunty or Simeone Albert evicted from the apartments?

What happens to the unemployed ministers’ concubines and children?  These are legitimate questions that the "Luna Tik " should consider as the puppetted 3rd tier housing minister.

Like the hotels, the apartments have been constructed using CBI revenues and we the people have been asking about the ownership of these CBI built structures. In 2019 Skerrit stated that the funds raised to construct the apartments came from the real estate option of the CBI scheme. He wanted us to believe then that the apartment buildings were  owned by those investors, particularly those who contributed towards Skerrit and Anthony Haiden’s special housing escrow account or what is locally known as Dominica’s Offshore Treasury. Skerrit’s statement was a boldface lie and a desultory response to account for the whereabouts of $1.2 Billion of passport moneys. If the apartment buildings were owned by investors then there is no way these investors would agree for Simeone Albert, Bunty and La Terre to live rent free at those apartments.

Prior to the 2019 election ,Skerrit in his desperation also stated that the CBI funded Hotels such as the Kempinski Cabrits Resort also belong to the people of Dominica but then Sam Raphael said to Matt on Q95-  no no no the Jungle Bay Hotel belongs to him  and his CBI shareholders. Up to now no one knows who own the Kempinski Brand Cabrits Resort. Is it Mohammed Asaria and his CBI shareholders or the people of Dominica? Skerrit gave Mohammed Asaria and his Range Capital 800 passports plus Free State land at the Cabrits national Park for the construction of the hotel.

On the eve of the election, Skerrit also bragged about the FREE apartments and promised the apartment holders that they would soon be receiving their certificates of ownership but following his fraudulent victory at the polls the apartment holders have been getting conflicting information or as we normally say 6 for 9.

Austrie on Q95 also attempted to clear up the fuzziness surrounding the legal ownership of the apartments and that went as well as expected – It was malarkey after malarkey with laughable mispronunciation – kirtessy for courtesy, konstitushan for constitution. He first claimed that the government will own the apartments but within the clutter of disjointed rants he quoted Clarence "Sleeping Beauty" Christian – “the Attorney General Levi Peters is working on a legal structure that will allow the apartment recipients to have full ownership of the government issued apartments.” I am

If you are familiar with Clarence Sleeping Beauty Christian, the man is as dishonest as Roosevelt Skerrit and like Parry Bellot he seeks relevance and favors with the corrupt administration by spinning lies and misinformation just to cover-up the chronic government corruption. If it is true though that Levi Peters is now working on a legal ownership arrangement for the apartment holders then it makes much sense that there is so much chaos and incompetence. It is alleged that Levi Peters couldn’t even get a job to litigate parking tickets in London and is allegedly yet to fulfill the qualifying requirements to practice law in Dominica and the region. A dunce ka ka rat???

The willy nilly issuance of “FREE apartments to party supporters without due process and transparency was just what everyone thought it was – an abuse of power and the exploitation of the destitute and vulnerable,  for political gain. After all the apartments did not suddenly arrive in an express package from Amazon – the attorney general had all the time in the world to iron out the ownership structure and property maintenance scheme  before handing out keys to the apartments.

It is because of the blatant corruption, incompetence and mismanagement that there are so many questions and it is either Reginald Austrie is way too arrogant or incredibly a lunatic to believe that the people can’t see through their web of deception. Had the housing program been properly instituted instead of being politicized and used as a conduit for money laundering there would be no maintenance and ownership issues at this point. The freedom Party and the UWP administration both had government supported housing programs and all the current Roosevelt Skerrit administration had to do was to build on what was already there.